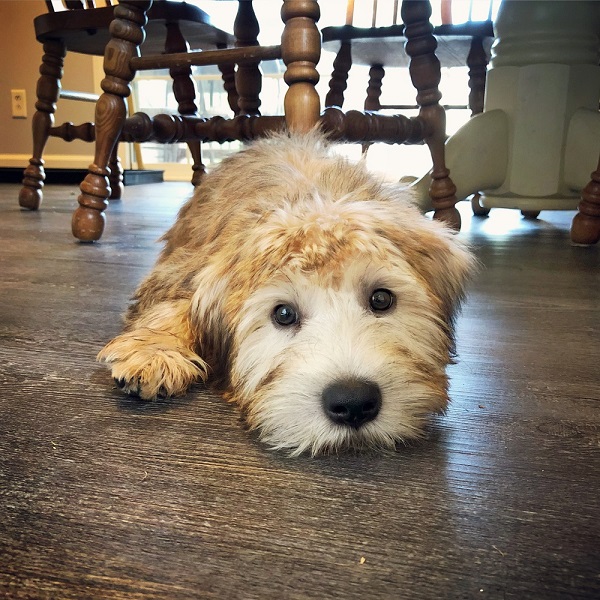 “Yes to Pets in Rental Properties?”

Is saying Yes to Pets in Rental Properties a big NO-NO?

One of the least expected things to come out of 2020 was the huge rise in pet ownership. In retrospect, it’s not really a surprise that lockdown would see more people understand the benefits that dogs, cats and other more exotic animals can bring to a home. However when it comes to the rental sector, having an animal on the premises can cause problems too.  In my blog today, we’re asking the question “Yes to Pets in Rental Properties?”.  There are many considerations.

As is usual for my radio show ‘Let’s Talk Property’, I wanted to get the views of an expert guest. My co-host James Duffy, The Compliance Guru at Callaways Estate Agents, and Sandy Bastin join me in the studio. As Head of the Adjudication Services at the Government-backed Tenancy Deposit Scheme (TDS) Sandy knows all about the kind of disputes that pets can cause.

For those of you who don’t know, the TDS protects tenancy deposits by helping solve disputes quickly, fairly and at no cost. Sandy Bastin worked in the City for many years as a qualified solicitor dealing with real estate before she joined the organisation 11 years ago. Bringing a wealth of experience to the role, today she is responsible for the adjudication services of the TDS, recruiting and training TDS Adjudicators, providing support and mentoring and overseeing complaint handling for TDS England and Wales.

“I started off as a casework scrutiny manager at TDS and became a deputy independent case examiner,” Sandy tells me. She then went on to be “the Assistant Director of Adjudication and then the Head of Adjudication Services.”

The Government’s new standard tenancy agreement brought in earlier this year has changed the legal standing in terms of pets in the rental sector. I ask Sandy to give me a little bit of an idea as to how the TDS would look at a situation where a landlord and tenant couldn’t come to an agreement about pet issues.

“Yes, absolutely. So, obviously the Landlord can use the deposit for dilapidations. We have, I think, previously discussed the deposit cap, which is now 5 weeks for annual rent of 50,000, 6 weeks if it’s over 50,000. Regardless of whether damage to a property is caused by a pet or by the tenant, provided there is sufficient evidence to support and justify deterioration in the condition of the property a claim can be made against a deposit,” she explains.

“It may be that as people start to move now that lockdown has eased, that we may see a slight increase in cases,” Sandy says.

When it comes to landlords having a good case to push for compensation for damage, Sandy explains in detail what’s needed and how to proceed.

“Provided you’ve prepared well for the tenancy at the start, that you have carried out mid-term inspections, that you have very good evidence at the end of the tenancy where you can show a tenant obligation that has been breached (with evidence to support it), and if you can show that a loss has been suffered then we would consider the dispute in the same way as if it was just damage caused by a tenant, as opposed to a pet,” she points out.

Advice for tenants  and their pets

Some tenants will have bought ‘lockdown pets’ in haste.  Nevertheless, sensible owners will take the time to learn how to make sure any problems might be avoided.

Sandy agrees: “I had seen that the Dogs Trust provides behavioural webinars and training webinars. As there hasn’t been the ability to socialise puppies perhaps the way that one would ordinarily have been able to do so in puppy training classes, I think there are a lot of issues that will perhaps come up.”

Of course, years ago we used to license dogs. So I’m wondering if that is something that Sandy would be in favour of?

“Yes. Yes, absolutely. Particularly with the Dangerous Dogs Act and things like that, then I can’t see that that should be a problem,” she answers.

“I think most pet owners are responsible. Communicate with the landlord upfront, so as not to surprise them in any way. And if your pets have caused any damage at any stage, then it’s really your responsibility to put it right before you leave the property,” Sandy states.

“If you’ve got a reference for pets from a previous landlord, then go armed with those and let the new landlord know —don’t hide anything,” Sandy suggests.

“You could reassure the landlord that you were well aware of your obligations to return the property in the same condition as it was at the start,” she adds.

Obviously if problems come to light at the end of a tenancy it can mean they had been going on for some time. I ask Sandy if the TDS assists with mid-term issues or if they only act purely on deposit disputes at the end?

“We like to facilitate early resolution and at the end of tenancy deposit disputes,” she tells me.

“So, if a dispute comes to us, we would be able to see fairly early on once some evidence has been submitted as to whether or not there’s anything we can do to facilitate early resolution.”

I think the TDS offers a brilliant service.  Anything that can nip a problem in the bud earlier on, the better.

We’re already coming out of a highly emotional period of 12 months. And we still don’t know what the ‘new normal’ is going to be. So there’s just so much to cope with. Obviously, some people bring pets into households to aid mental health. Nobody can dispute that assistance dogs for those who are hard of hearing or hard of seeing are really essential animals, so it is an important issue.

My co-host James is an animal lover with several dogs so I ask him what else tenants can do?

“In my experience, it’s all about pet proofing. When someone says, my dog doesn’t bark, or my dog doesn’t chew, you know that’s quite difficult to actually say, because you just don’t know what’s going on in the house. So, there’s no perfect scenario but it’s when they’re younger that people need to be making sure they’ve got enough outside space, and they’ve pet proofed it.”

James explains that it’s vital to have enough time to exercise a dog, so that they are tired during the periods when you’re out at work, and that they’ve got enough stimulation.  But he’ll also be directing tenants to “to places like the Pets Trust, that can give some real good specialist advice, because every breed is different, every pet is different.”

We’re all in agreement that during long term tenancies any potential damage to a property throughout  a pet’s early training years should hopefully be put right by the tenant a good while prior to the tenants leaving the property. Sandy points out that “most pet owners, I think are responsible.” She states that they should have good “communication with the landlord upfront. Don’t surprise them in any way. And just be aware that if there is any damage that’s caused by your pets at any stage, then it’s really your responsibility to put it right before you leave the property. A landlord should be reassured that in the event that that doesn’t happen, it is possible to make a claim against the deposit, provided there’s sufficient robust evidence to support that.”

My show ‘Let’s Talk Property’ broadcasting on Brighton’s legendary station Radio Reverb goes out on 97.2FM, DAB+ and is also available online as both ‘live’ and ‘listen again’ streams. I talk to experts in their fields about all sorts of issues surrounding buying, selling and renting property in every episode, so listen in when you can!

Do you think the answer should be ‘Yes to pets rental properties!” in any circumstance?