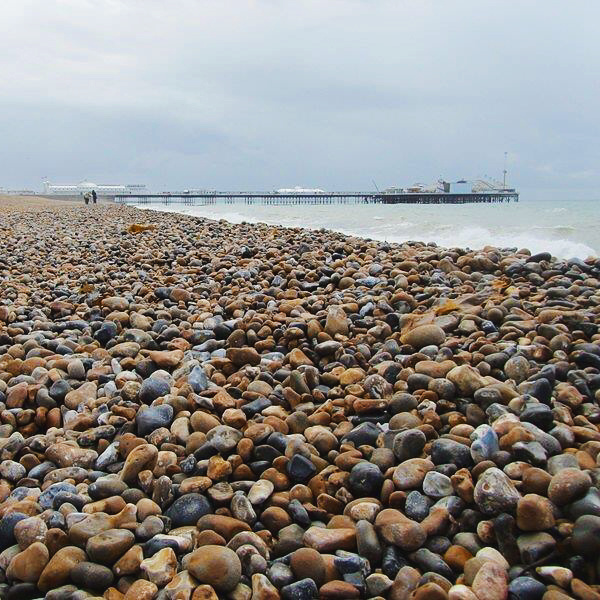 Is Brighton Right for You?

Brighton – known as Britain’s most sought after and energetic seaside city, might be the breath of fresh (sea) air you need.  Within a close radius to London (an hour by train to be precise) and minutes away from the countryside, it is easy to see why so many young people and professionals choose Brighton over other cities. With numerous landmarks and attractions such as the Pier, Royal Pavilion, the Lanes, Theatre Royal, South Downs, Sea Life Brighton and Brighton Marina to name a few make it clear why so many call Brighton their home.  Is Brighton right for you?

Brighton has a population of roughly 273,000 inhabitants making it the UK’s 20th largest city. One of Brightons greatest strengths is its diversity. This brings many different festivals to the city such as the famous Brighton Pride, The Great Escape, the Brighton Fringe Festival and many others. With a 5.4 mile-long stretch of shingle beach you will very rarely find yourself looking for things to do! Brighton is also home to multiple bustling shopping districts. Some of the most popular are the Lanes, North Laine, London Road, the Open Market and George Street to name a few. Brighton’s Churchill Square shopping centre is home to over 80 different shops making it a very popular destination for day-trippers and locals.

Are you thinking of moving to Brighton?

Brighton is in close proximity to Gatwick Airport (roughly 30-40 minutes via car and 20-30 minutes via train). This makes the city very popular with business travellers, international students and airport staff. Heathrow is also only 60 miles from Brighton. The city by the sea is a mere one hour away from Central London via Brighton Station. Travelling by car takes about an hour and 30 minutes via the A23 and the M23.

Brighton station provides a transport link to the whole of the UK via the London. The Brighton main line is 50 miles long (reaches central London) this then provides a connection onto a further 49 train lines that reach all parts of the country. Brighton station also has direct trains to Portsmouth and beyond which is 50 miles to the west of the city. Alongside this, a direct service to Ashford International with train connections to mainland Europe. There are currently over 40 bus routes that operate within the city making internal travel very easy. You can jump onto a bus in almost all parts of Brighton and easily travel around the city. There are many bus routes operating just outside of the city such as the 700 Stagecoach bus that travels from Littlehampton to Central Brighton multiple times daily.

Brighton is home to some of Britain’s most famous restaurants, pubs and clubs. Some of the most notable are The Ivy in the Lanes, Terre a Terre and the Gingerman to name a few. As for pubs, Brighton does not fail to provide. As the city is famous for its nightlife, pubs are a big part of Brighton’s fabric, places like the Geese, the Walrus, the Farm Tavern, the Hartington Pub, the Hope & Ruin and Idles Hands to name a few. Brighton is home to two large universities resulting in a large student population and international student population.  Multiple night clubs, favoured by students, are all situated in the Central Brighton Area. Some of the most popular nightclubs are Coalition, Pryzm, Volks, Boutique and Shoosh to name a few.

– In general, you can buy a house in Brighton for the price of a flat in London. Brighton property and the cost of living is ‘cheaper’ compared to London. If you look at certain areas the property price and rent does vary but for the most part it stays at similar rates throughout the city. Letting agents report that an average one-bedroom apartment in Brighton as of 2020 is around £800 to £900 per month. In London the average price is around £1,300 per month. To purchase a one-bedroom apartment in Brighton, estate agents say you will most likely be looking at somewhere around £300,000, whilst in London for the same property you will be looking at around £500,000 – £600,000.

Living costs in Brighton are also a lot lower than London making it a very popular location for Londoners to relocate to and invest in property. Consumer prices in London on average are 3.58% higher than they are in Brighton. Rent prices are on average are statistically 60% higher in London than in Brighton.

The ‘Natural Health Service’ and the Great Outdoors

Brighton is not short of open space.  Parks abound within the city and of course the beach is a huge draw. The city is also on the edge of the South Downs National Park which stretches all along the south coast and almost as far as London. It includes the South Downs and the New Forest which offer countless opportunities to bathe in nature, go cycling, hiking or take a more gentle country walk followed by lunch in a cosy pub. This alone can prove whether Brighton is right for you. There are even Brighton beach huts for sale.

Events and Entertainment in Brighton

Brighton boasts venues such as the Brighton Centre, Hove Cricket Ground, the Theatre Royal and the Dome. These venues host headline acts are normally associated with much bigger cities. The Brighton Festival and the Fringe are held every May appealing to locals and visitors alike. Football fans head to the Amex for Premier League action where tickets are less expensive than their London counterparts. There are many different food and drink festivals held throughout the year satisfying everyone! From ‘Prosecco’ fans to those following plant-based diets and everything in between!

If you thing Brighton is right for you and are interested in exploring Brighton’s endless potential or you have any queries call Callaways, Brighton & Hove on 01273 735237, enquiries@callaways.co.uk or go to our website www.callawaysestateagents.co.uk and be sure to take a look at our latest properties (for rent, or for sale).